Before the 6ix: Ladies First

My footwear selection couldn’t have been more misguided. When I was invited to participate in Before the Six: Ladies first panel discussion about the important but much undervalued  role of women in the early 80s and 90s Canadian Hip Hop movement, I realized that I hadn’t worn high tops to a panel discussion in years. But people were really rep’in. This was the second panel of a series taking place at Toronto’s Reference library during black history month. Billed as Before the 6ix: And Now the Legacy Begins, the first panel called upon hip hop pioneers The Dream Warriors, music critic/music video director John Bronski, DJ/rapper K-Cut and DJ Agile. Their discussion focused on Toronto’s historical hip-hop scene and classic rap albums from the last 25 years.  Our panel moderated by Jemini the remarkable poet and host of G 98.7FM radio featured rapper/poet/writer/hip hop goddess Motion and DJ L’Oqenz on the turntables was marqueed with a slightly different direction. Yes we were going back into the crates but our crates were not just filled with songs, our crates also contained the stories of female empowerment. It’s been a minute since I’ve been in actual world of music. I mean it’s been about 20 years since I produced and/or directed a hip hop music videos. The  notoriously productive urban music video company called Raje Film house (pronounced Rage) where I worked and also owned with Ricardo Diaz, Jeremy Hood and Earl White became the epicentre  for a lot of urban artists to get videos made and also for a lot of people interested in directing to make work. Conversing with these ladies about what it was like for black female hip hop recording artists and female music video directors for that matter, to be heard and seen back in the day brought up a lot of fond memories but more so, stories of our resilience. Yes there were lots of battles on the mic but there were also lots of battles behind-the-scenes. At times our talk seemed to highlight that we were all living in different silos, unaware of what was really happening in each other’s world. But other times, our different vantage points illustrated how present sexism is.  Showing a clip from The Trilogy, a music video I directed for Motion featuring Tara Chase and Apani in the late 90s added some laughter to the event. The video’s tongue-in-cheek push back against sexism in the industry,  turned out to be sort of a visual document that addressed our frustrations and how we used humour to survive it all. Thanks to Brodee Nimble for the videotaping our discussion. To listen to the full discussion click Before the 6ix: Ladies First video documentation. If you want to hear us talking specifically about The Trilogy it starts around the 27 minutes mark. And btw its okay to laugh! 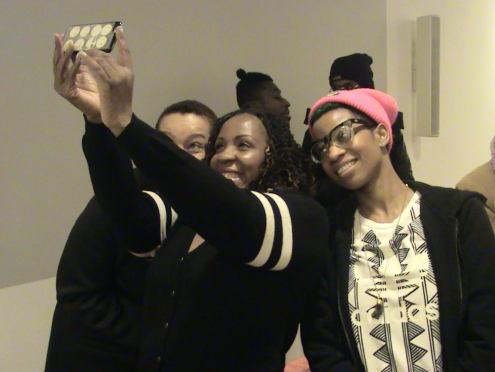 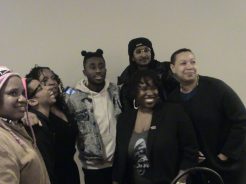 The Before the 6ix massive 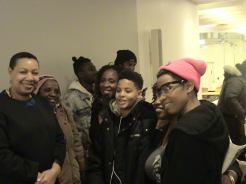 Who am I again?

Another highlight of 2017 black history month was being mentioned by Amanda Paris as one of  7 African Canadian female filmmakers to know in her CBC Arts blog. In addition to blogging, Amanda is the host of CBC’s flagship series The Exhibitionist and the CBC Radio show, Marvin’s Room. Well I have to say that it is really humbling to be acknowleged as a pioneer alongside filmmakers who I’ve to (for so many years) for inspiration and strength. I started making films much later than these women, but whenever my work becomes a challenge looking to their films and/or learning how they overcame their own obstacles always gave me hope and a bit better understanding of who I am again. We are all beacons for others. They are: 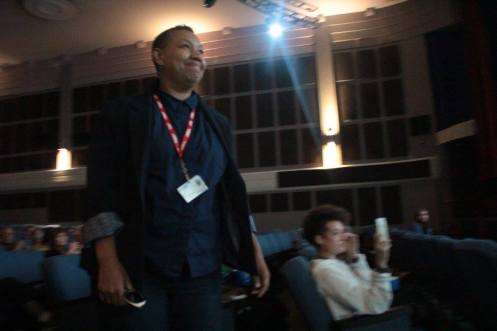